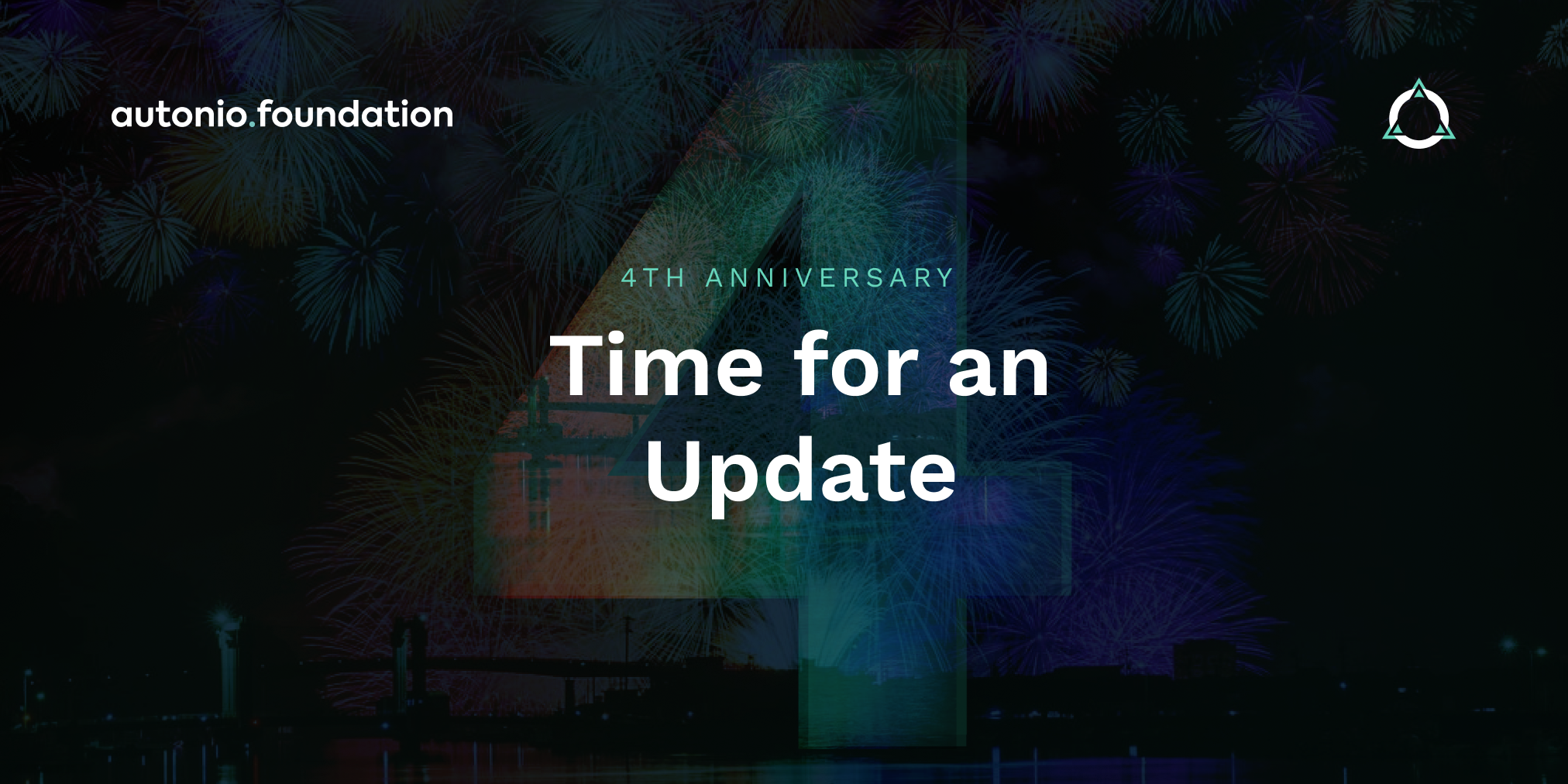 Our anniversary month, celebrating four years of successful crypto operations, has so far been categorized by a slew of beneficial business and expansion of our presence into the public eye.

Perhaps the most notable of these examples was a press release with SDAO that was published on several mainstream media channels.

Attending the Cardano Summit was also both an educational opportunity for us, and a positive piece of exposure especially among Cardano users and its ecosystem.

Integrating Chainlink’s Keepers into our staking model was a nice addition that will help outsource operational tasks among Chainlink’s distributed node network.

Meanwhile our AI/ML research paper was released to our audience in order to share the progress that’s being made to one of our most critical and complementary products in our NIOX Suite.

Speaking of which, the NIOX Suite Dashboard went live, bringing an ideal overarching flow to all affairs within the Autonio DAO.

The new NIOX Staking 2.0 was launched with rewards already beginning to accrue.  With this, users have also got the chance to access additional features within the higher staking tiers.

We wrapped up another successful Swarm Campaign with crypto.com and launched another one.

Our partnership with Trusted Node was a key aspect in enhancing the overall benefits for stakers in the Staking 2.0

Around one week remains in the anniversary month and we are looking forward to sharing with you some more exciting updates.

Our hope is to look back on this period some months or even years in advance, and identify it as a catalyst which brought forth the next level of growth in Autonio.

Enjoy the ride and happy trading with Autonio!