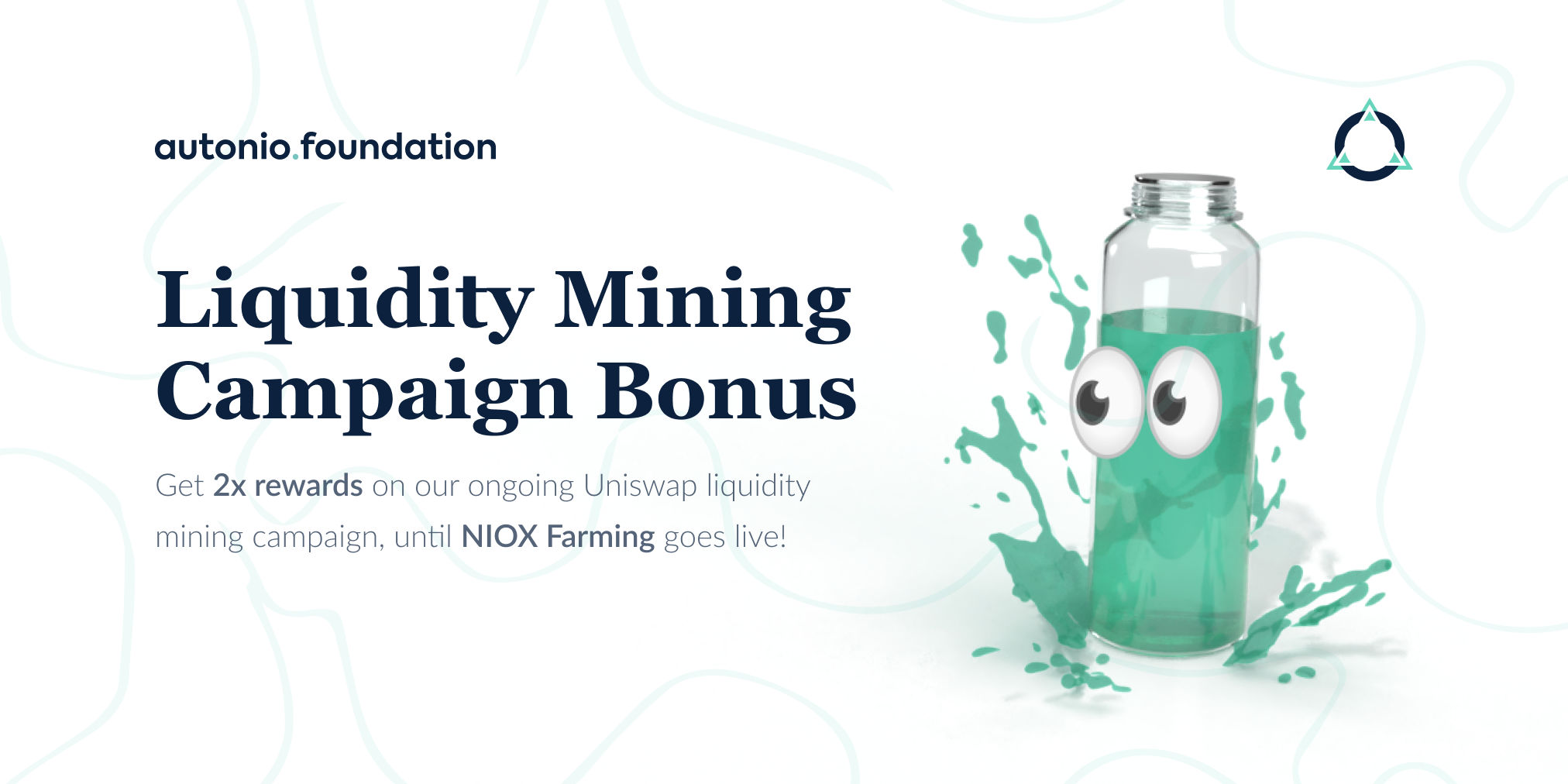 To prepare for the upcoming launch of our extended ecosystem, we are pleased to bring to you an exclusive liquidity mining campaign starting as of now.

This campaign will pay out more than double the usual reward of the previous campaigns, with a total of 25,000 NIOX distributed to NIOX/ETH liquidity providers per day on Uniswap!

This campaign in its form will be live until the introduction of  NIOX Farming on the Smartdex!

The rewards of the last campaign will be distributed early next week.

What is liquidity mining?
‍

Liquidity mining is a community-based, data-driven approach to market making, in which a token issuer or exchange can reward a pool of “miners” to provide liquidity for a specified token pair. You earn rewards by providing liquidity on exchanges or AMMs like Uniswap.
‍

‍
A total of 25,000 NIOX per day will be allocated for this particular campaign, that will last until the start of NIOX Farming. Mining reward amounts and rankings will be disclosed on telegram at the end of the campaign period.
‍

How can you participate?

‍
Participants must provide liquidity to the ETH/NIOX pool on Uniswap.

‍
After successfully contributing your crypto, liquidity providers will
receive UNI-V2 pool tokens. These UNI-V2 tokens represent your share of the ETH/NIOX liquidity pool. The share of liquidity provided by the mining pool will be excluded from earning rewards.