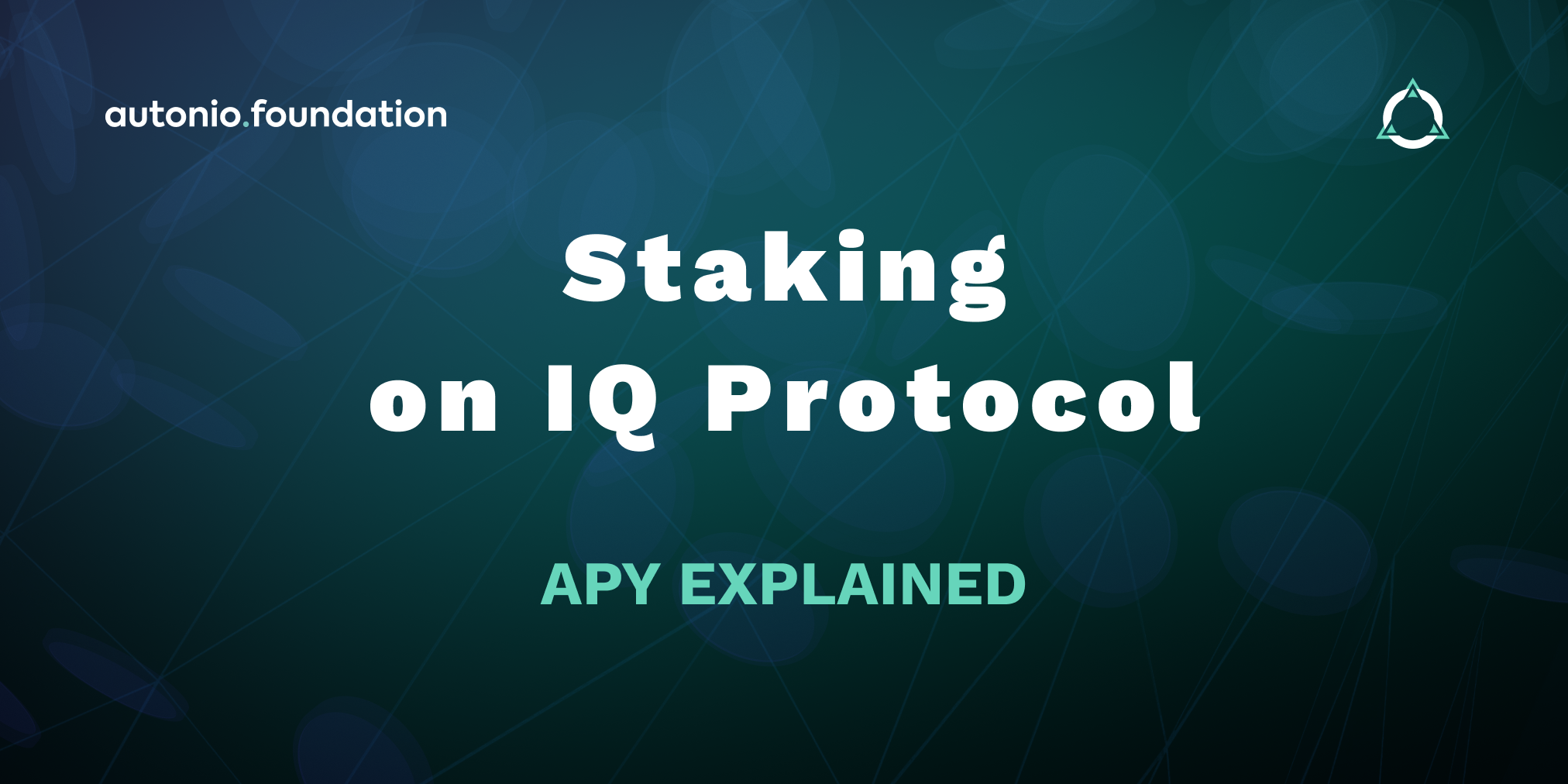 How it Works: IQ protocol APY

Autonio has received a lot of questions about how exactly the NIOX Staking APY on IQ Protocol is calculated so today it will be explained so all can see. This is in an effort to be transparent with all of our stakers who want the information. In general, on other staking platforms or farms, contract APY is calculated as follows: APY% = Total rewards/ Total staked amount * 100.

The staking rewards, i.e. renting fees, are distributed based on total rented tokens and rent paid on such tokens, in this case NIOX. The renter pays a fee, and that fee gets distributed between the stakers, thus gaining interest. In the absence of a renting economy, the projects themselves rent tokens in order to provide APY rewards.

Out of all of these, the most important parameter is: Stream halving period: StreamingReserveHalvingPeriod:

The renting fee is streamed into the pool based on the halving period, and rewards get halved/decreased as per the table below:

To help explain this, an example.

Result: In this case, the stream halving period is set to be 30days. Stakers will receive 7.5 million [ 50% ] tokens in the first 30 days and the rest of the tokens will be distributed based on the table above. Basically they get halved each month.

Due to the stream halving period, it becomes impractical to rent tokens for a year's time. There can be many cases presented which are impractical and result in either rewards getting distributed early or taking years for rewards to fully get distributed. The team has tried various permutations and combinations and came up with this model for equitable distribution of the tokens among stakers.

This model has not taken into effect auto compounding, with auto compounding APY going to be significantly higher than the stated number presented in the model. Next month onwards the APY will be adjusted based on auto compounding and total yearly emission of NIOX which is 15 million NIOX.

If the total staked amount is 110 million NIOX with 15 million NIOX as yearly emission- APY will be 13% approx. Next month onwards: Tokens will be rented according to this model by IQ protocol APY Calculator.xlsxNote: Please download the file and run it on Microsoft excel. Certain formulas run with Microsoft Excel only.